When an elderly woman breaks into an apartment, the detectives discover she had been mistreated but have to investigate with no credible information from the victim because of Alzheimer’s. They discover that she had been released from a nursing home to the custody of her financially scheming son who becomes the prime suspect. However, they go back to the nursing home to find a pair of suspects, including the director who details the dangers faced by both patients and staff with her own heroics precariously standing out. 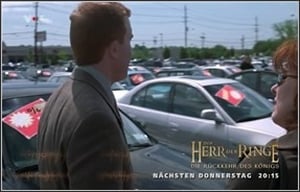