After arresting a man accused of raping several neighborhood women, Detectives Benson and Stabler attempt to obtain an indictment for their suspect with the help of a key eyewitness – his last victim. However, the suspect’s decision to handle his own defense casts some doubt over the trial’s outcome as he proves to be a formidable opponent for A.D.A. Cabot. 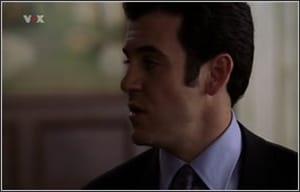