The detectives go on the trail of a recently paroled rapist responsible for the murder of a prostitute during a raid at a men’s club and are called to the scene where he was shot in self defense by his own gun. However, the murder weapon was also used in another crime while he was still in prison, leading the detectives to investigate the victim through a trail of previously unsolved cases, a spending spree and another victim. 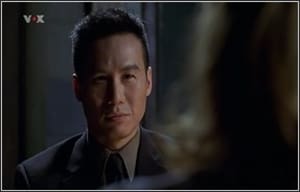