After a salesman is murdered, the detectives turn their attention to Stephanie Mulroney, the youngest daughter of a well-known family with some deep connections. But as they join forces with the officers from the two-seven, they realise that their case is connected with a long-unsolved case that Briscoe once handled years ago with his former partner, Mike Logan. (Entitle (2) aired on Law & Order, season 10, episode 14.) 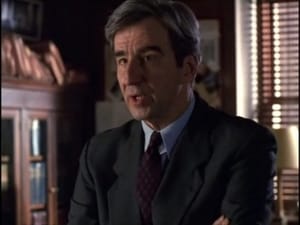