After cab driver Victor Spicer is found stabbed and his genitals cut off, Benson and Stabler investigate his murder only to learn that Spicer is an inmate at Rikers Island and the dead man left behind a wife and child. Further investigation reveals that the dead man was a Serbian soldier who had been indicted on charges of ethnic cleansing. Benson has trouble separating herself from the case after realizing that the victim was a rapist, because she herself is a child of rape, and Stabler tries to keep her from crossing the line in her attempts to protect suspects she feels were justified in their actions. [ Recap available. ] 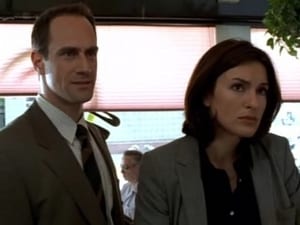