After a night of heavy drinking, Dalton Rindell (guest star Scott Foley) wakes up to a bloody apartment, a terrible cut on his head and a dead woman in his bed. Unable to recall the night before, Rindell immediately calls the police. Detectives Benson and Stabler suspect the crime is the result of a deadly love triangle; however Rindell does not recognize the victim. After questioning Rindell and the victim’s family and friends, Benson and Stabler are provided with leads in several different directions. Unsure which lead to follow, the two detectives decide to return to the bar where the night began in order to piece together the gruesome truth. 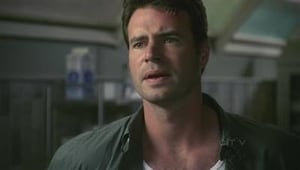